Once part of a large estate with a famous Elizabethan country house, this former farmhouse had been sold off with the utility buildings for development. Our client’s house had been allocated a large garden space but it consisted of just lawn and fences - with areas of driveway, a paved patio and a former concrete yard which had been concealed by pebbles. Our task was to create a pretty new garden, fitting for this Grade II Listed property. Space for two active boys to play football was also part of the brief.

Ugly paving was removed, a wider back garden entrance with hardwood gates was created, and both new paths and paved areas for dining and sofa seating were built. All materials had to be approved by the Council. Hand made clay bricks were used for new walling and clay pavers were introduced for a new front garden path and decorative paving details. Limestone flags were used for paths and a main area.

To separate the main garden from the back-garden entrance, tall Yew hedging was planted to define the spaces. This give a sense of privacy in relaxing areas of the garden. Cottage garden plants like Lavender, Verbena Bonariensis and Roses are used throughout the planting scheme. 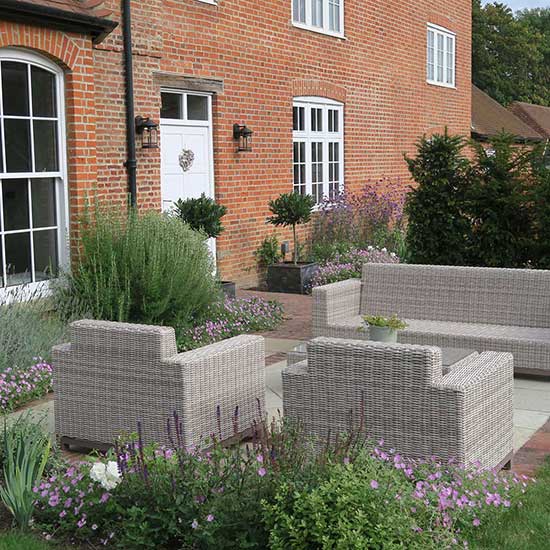 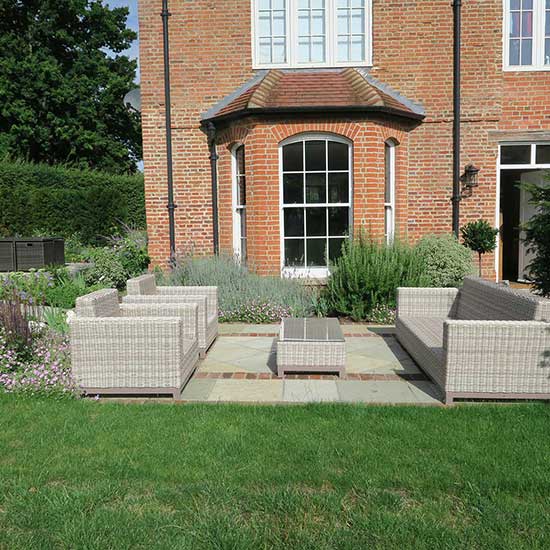 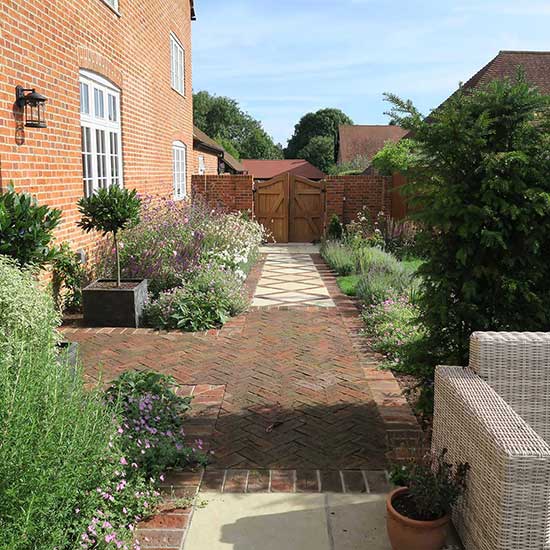 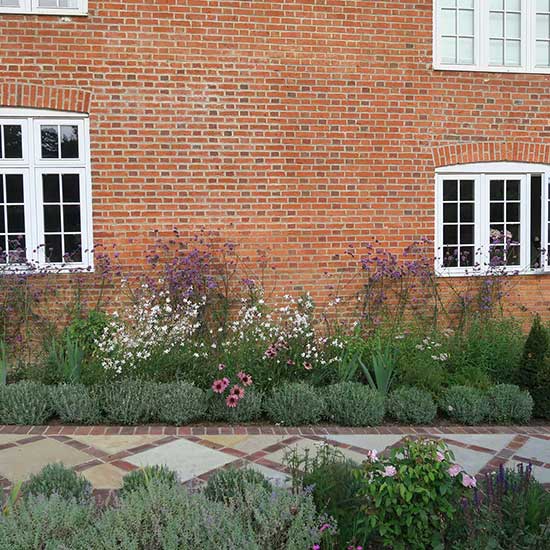 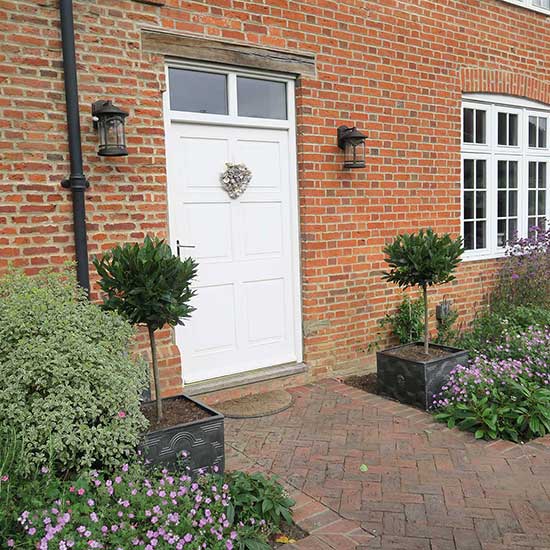 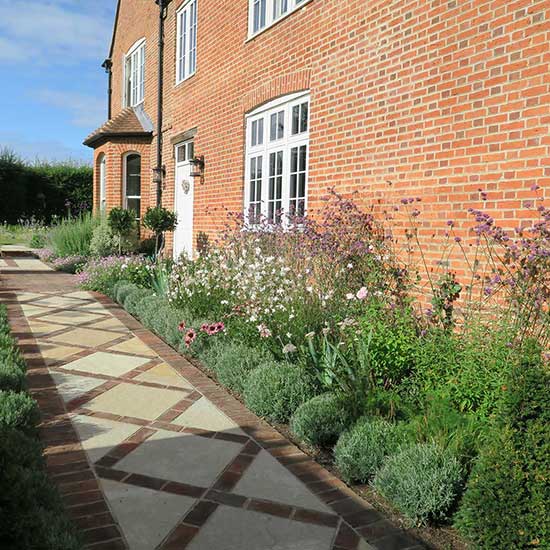 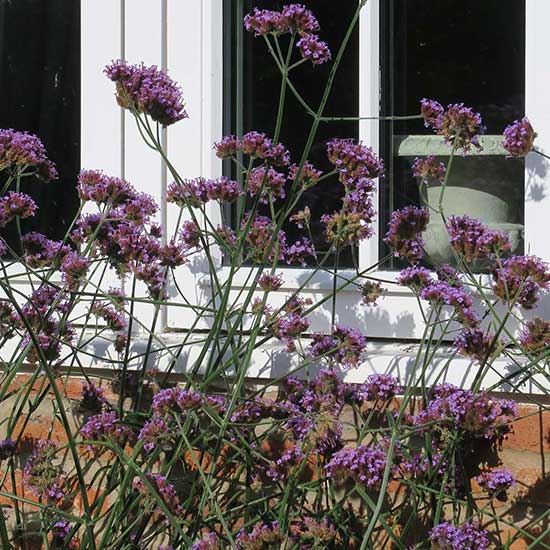 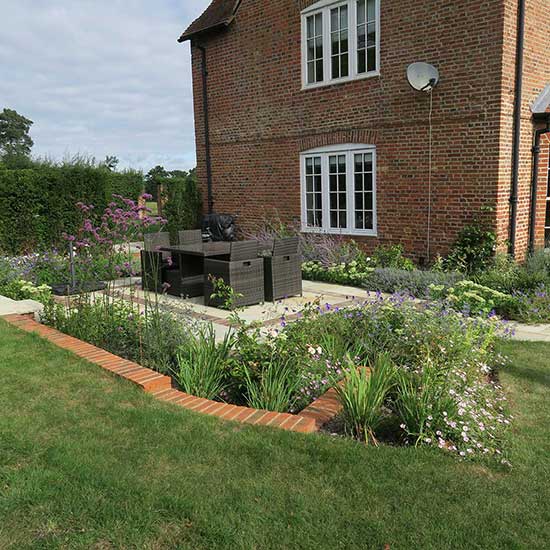 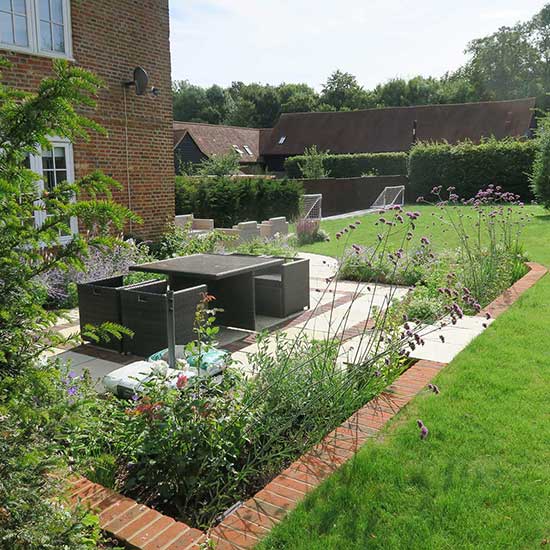 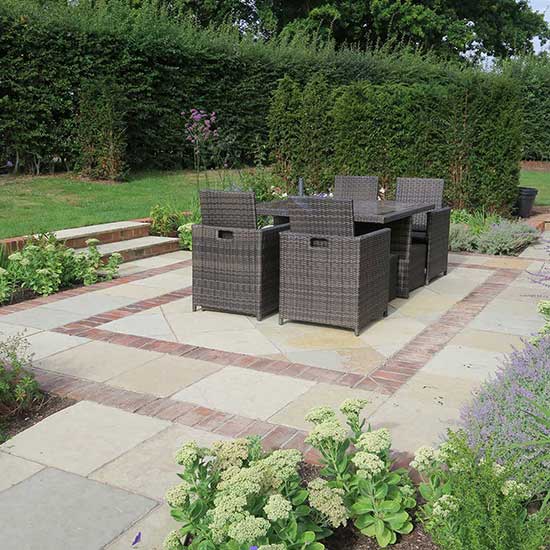 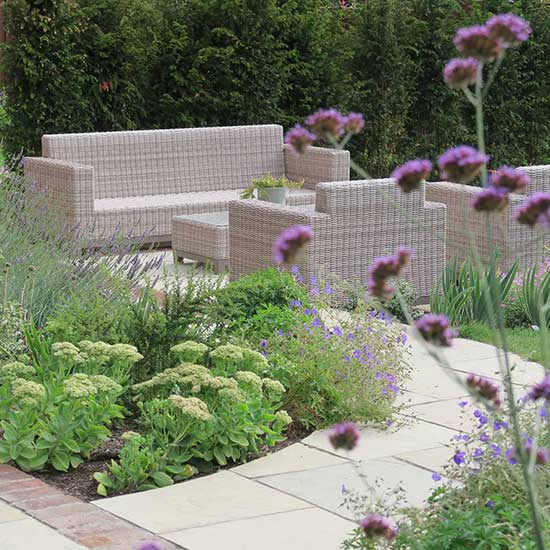 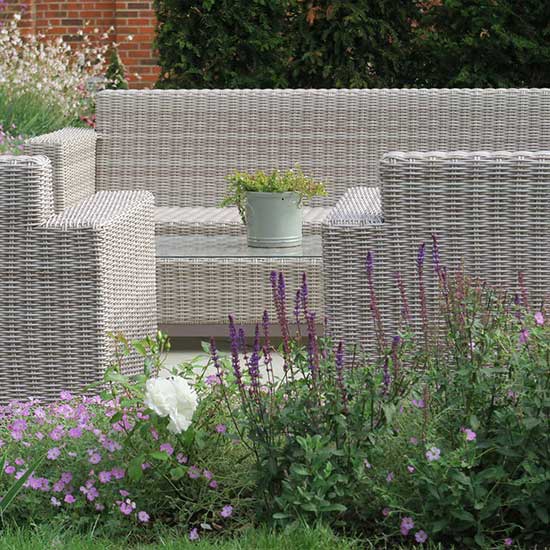 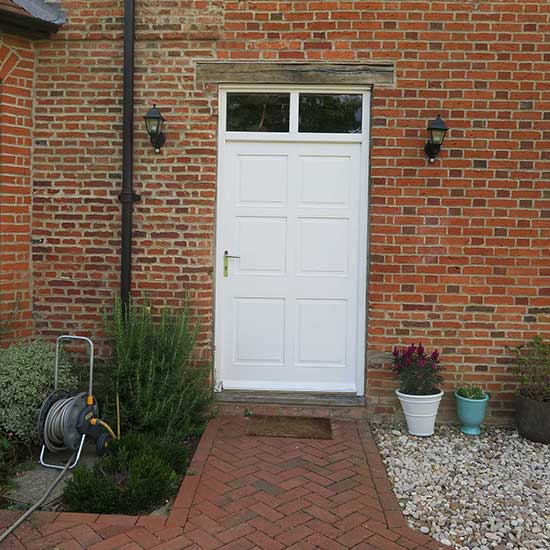 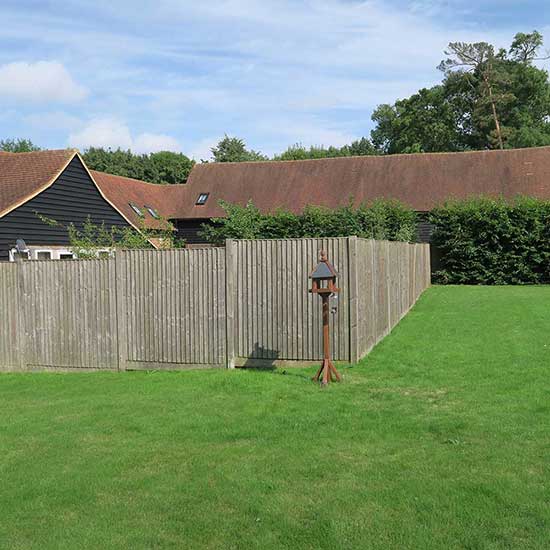 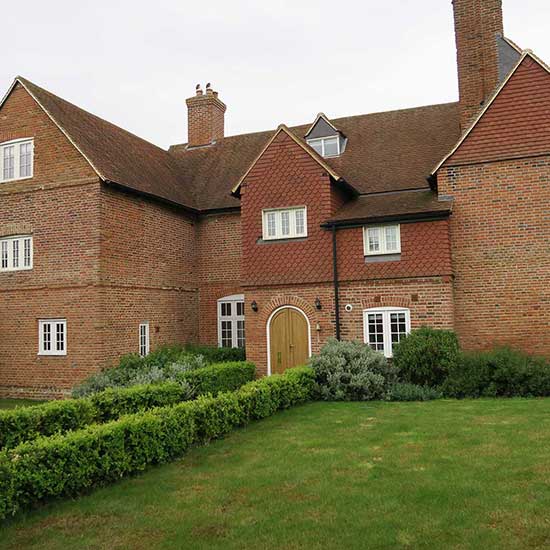 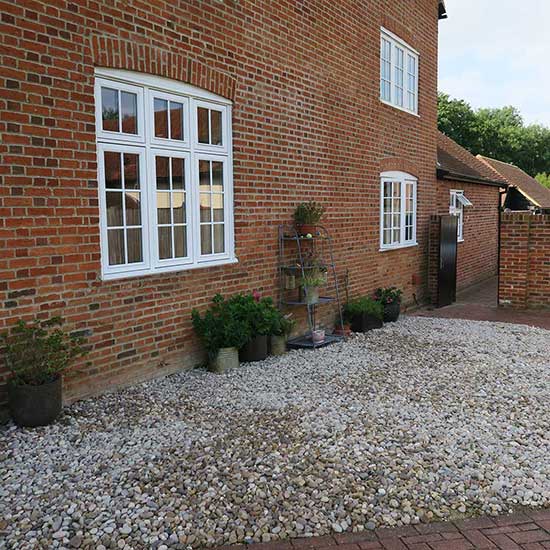 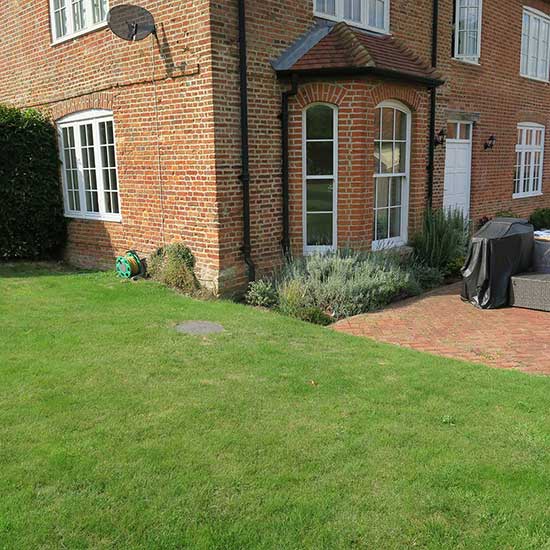 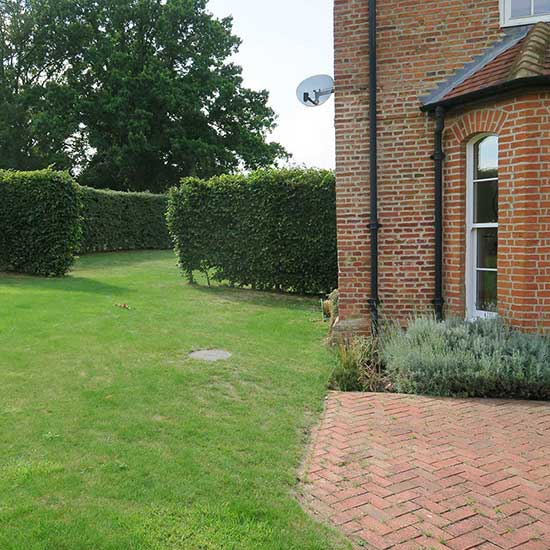