This project started with a blank canvas area of earth and newly installed fences. The house had been extended at the back and the internal floor space was much higher than the garden. The brief was to provide steps down into the garden and create a design which was low-maintenance and provided a good space for entertaining friends and family. A narrow space at the side of the property was accessed from a number of rooms in the house and was available as an additional seating area. Unfortunately, this area was overlooked by the neighbouring house.

Both our clients worked long hours and travelled abroad, so we decided to have no grass, which would have needed regular mowing. Instead, bands of artificial turf were incorporated in the design as a ‘picture frame’ to the main paving space. This added a feeling of greenery in the middle of the garden. Granite stone was chosen as the paving material, laid on a geometric grid pattern. Soil levels, which were higher around the perimeter of the garden, were retained by low timber sleeper edgings. To create a change of height in the garden, four symmetrical planters were installed, planted with Olive trees. The small courtyard area at the side of the house was paved in artificial timber decking. To provide privacy on the boundary, large Bamboo plants were installed. Root barriers were positioned around the plants to stop them spreading sideways.

The restrained colour scheme of purple, blue, white and green is simple and calming. The garden is now a relaxing space to which our busy clients can come home. 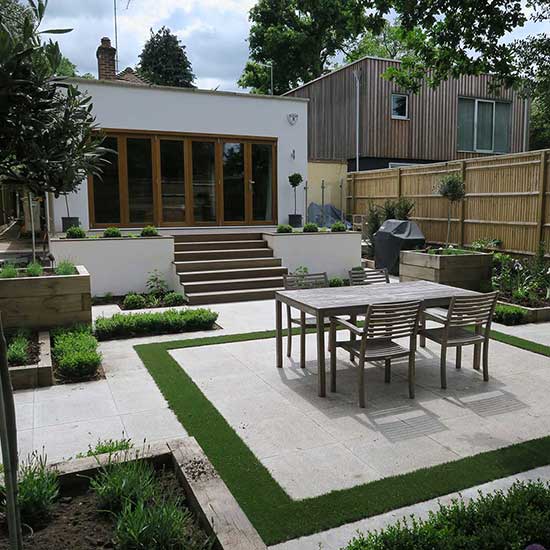 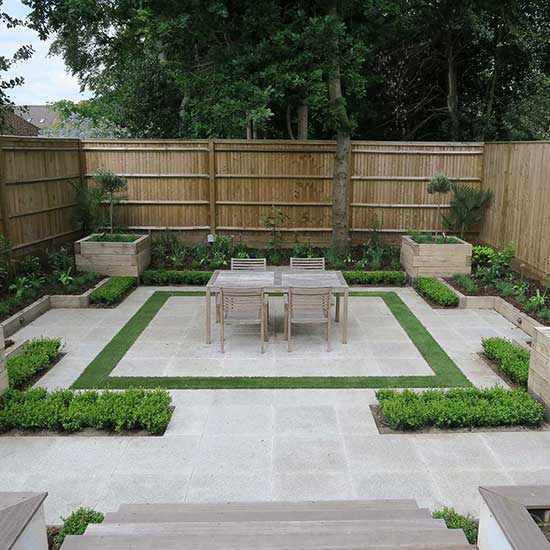 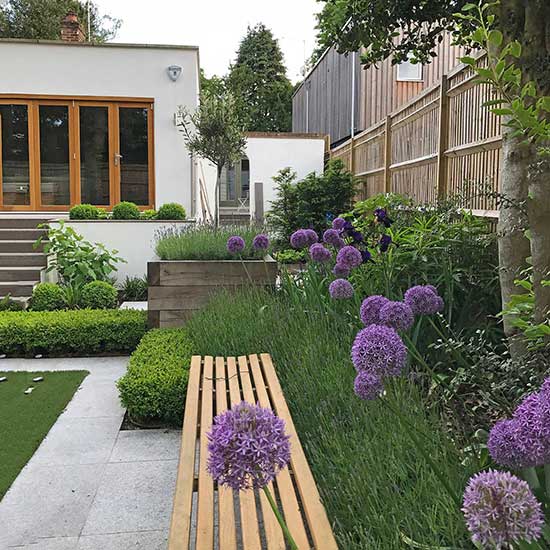 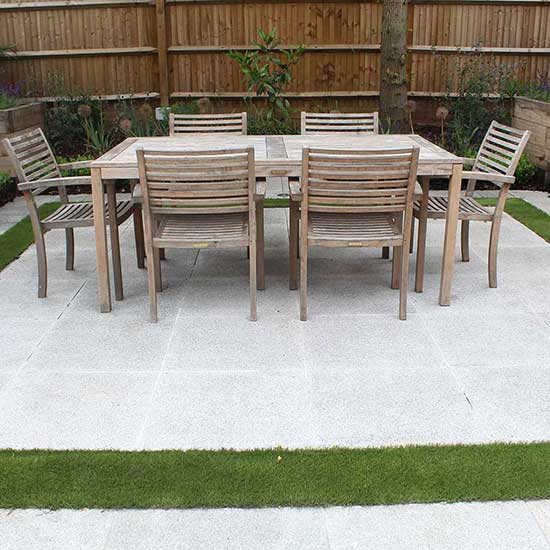 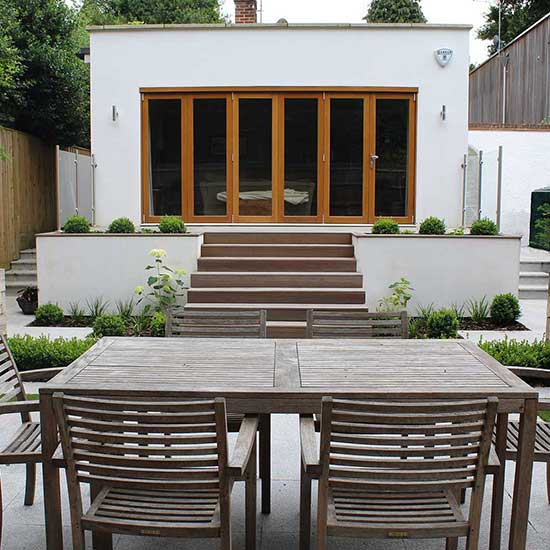 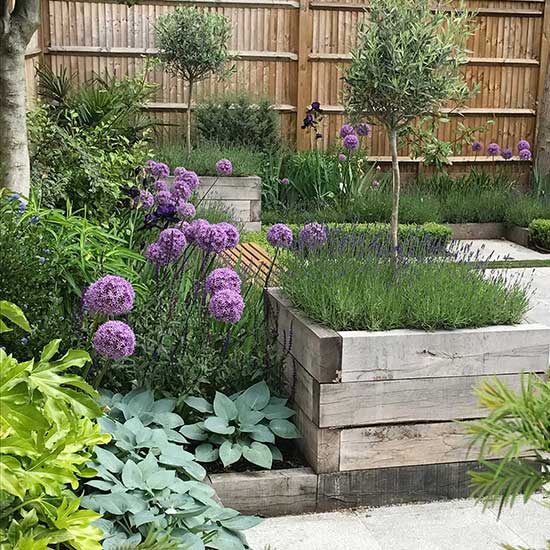 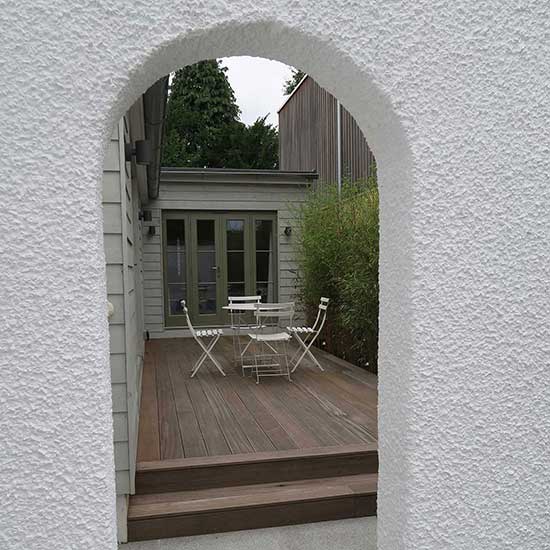 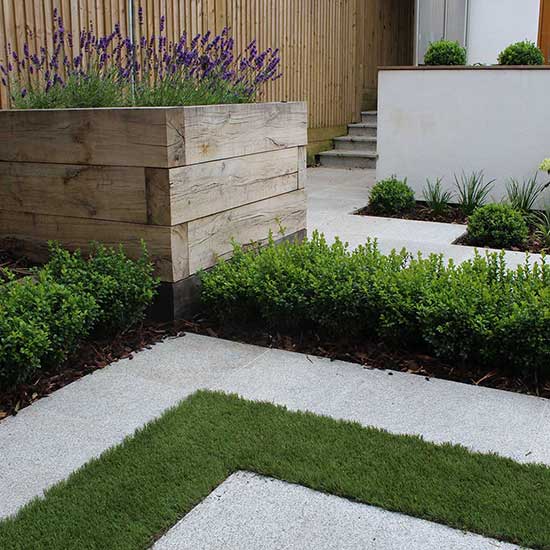 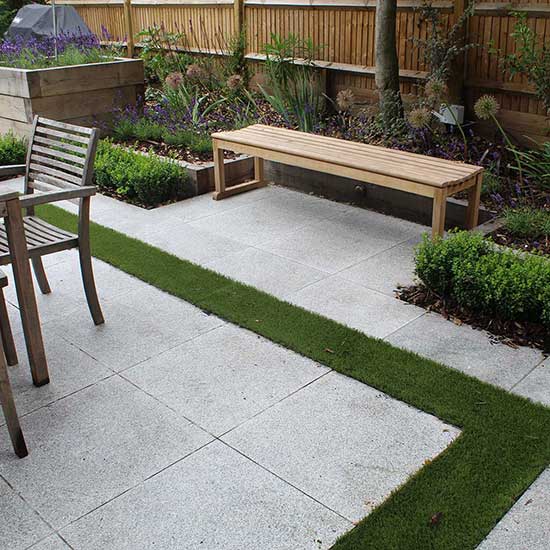 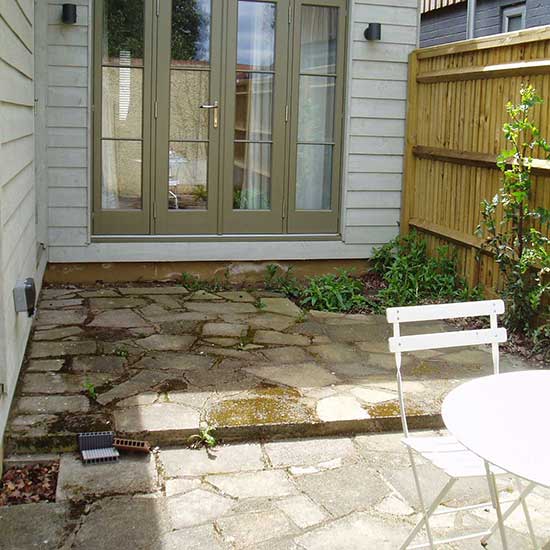 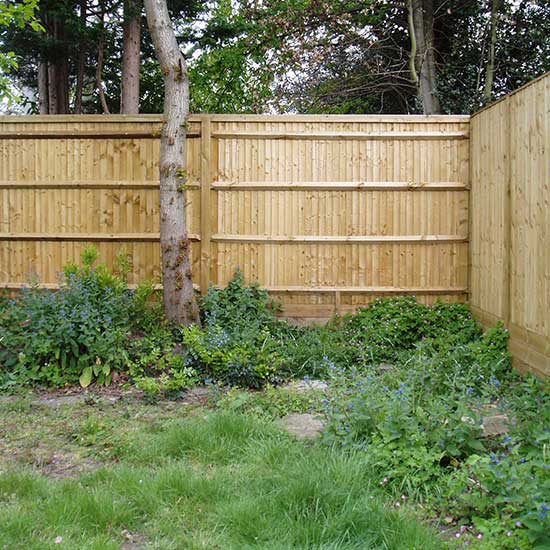 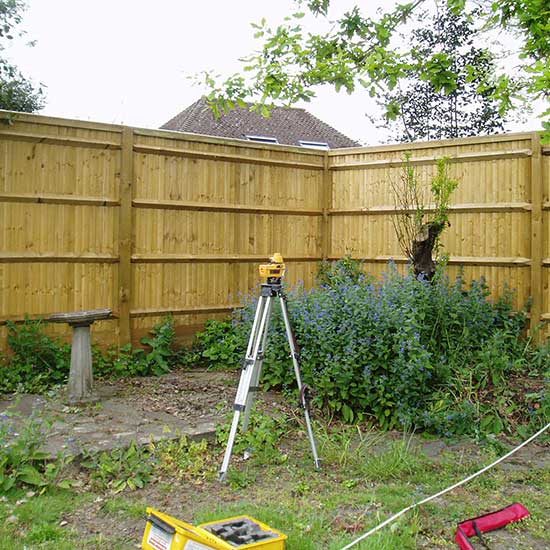 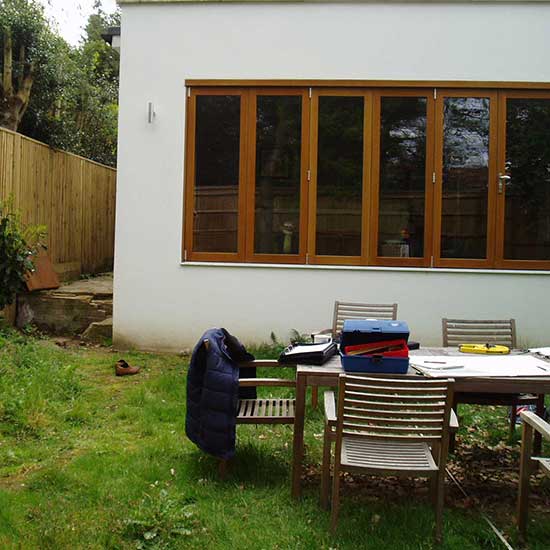 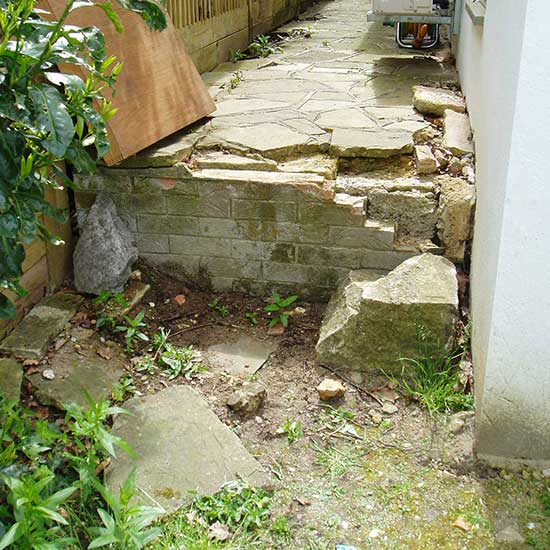 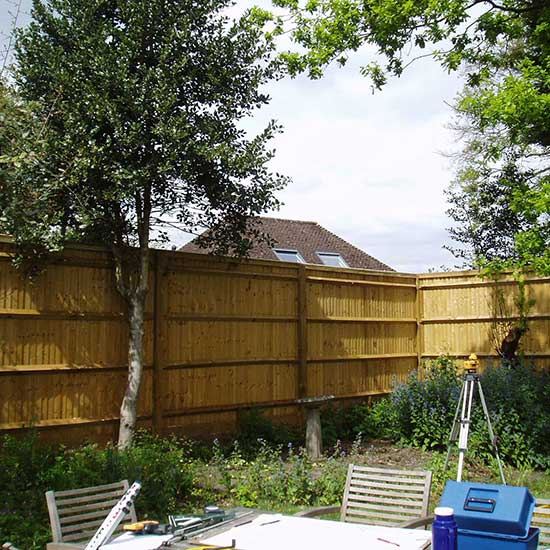 “Thanks for your advice and continued involvement in our garden project. The new plants are lovely and your design has drawn many positive comments from family and friends. One even said "it's the sort of garden you'd find in Hampstead". Praise indeed (although I'm quite happy to live in Weybridge!)”